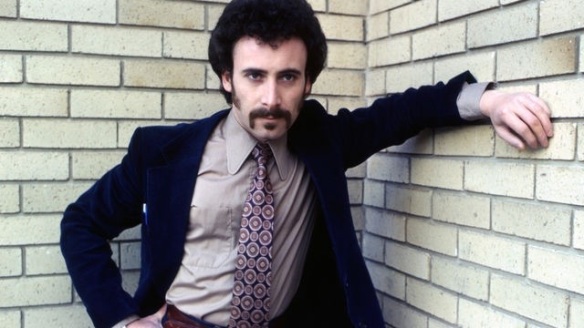 Malcolm Bradbury’s novel The History Man was published in 1975 and made into a highly-regarded TV series in 1981 starring Anthony Sher. It concentrates on two days in the life of Howard Kirk, a radical sociologist at the fictional English university of Watermouth. Kirk is in many ways monstrous. A serial philanderer, professional troublemaker, he is the chief protagonist in four seductions and a campus riot, and is strongly implicated in two attempted suicides, the first a close colleague, the second his wife.

I first read the book in ’81, after watching the TV adaptation. Aged 14, a  lot of the subtlety went over my head. I didn’t understand the psychosexual dynamics of Kirk’s relationship with his embittered wife, Barbara, nor the academic satire, having yet to experience the delights of a departmental meeting, the focus of the second half of the book.

I did respond to Kirk, though, especially as imagined by Antony Sher. Wiry, muscular and immaculately-dressed in a 70s-retro way, for me he was far from loathsome, but the epitome of cool (I missed the ironies of the production, of course – Kirk’s toned physique the result of long hours of hard work in the gym, rather than the life of a party animal; his rampant heterosexuality brought to life by an openly gay actor).

My second reading, ten or so years later, revealed these things more clearly. It also made obvious what a shit Kirk really was, and also how, as the cover blurbs suggested, the whole thing might be interpreted as a reactionary dissing of the sixties.

Bradbury’s interest in architecture extended to public spaces too. His account of the fictional University of Watermouth (it could be Keele, or Essex in real life, with dollops of Bradbuy’s home institution, UEA) plays with the Finnish architect’s attempts to engineer social life. Eating has its own complex erotics, played out in highly complex interiors, designed to facilitate a range of contacts depending of the formality of the space. Or teaching: Kirk’s sociology class takes place in a room whose arrangement must be thoroughly deconstructed in order to facilitate an appropriately liberated discussion.

In Bradbury’s world, the official attempts at social engineering never work. At the University, nobody eats in the right places in the shared canteen. But Kirk’s local engineering always succeeds, so his parties are orgiastic riots. In this fundamentally pessimistic book, that’s usually read as a victory for Kirk’s machiavellianism. Well, in terms of the book’s narrative arc, it is.  But read dispassionately, it shows better than almost anything else I can think of how space and erotics might be connected. I should have remembered.

3 thoughts on “‘The History Man’, Revisited”